The evolution of human culture 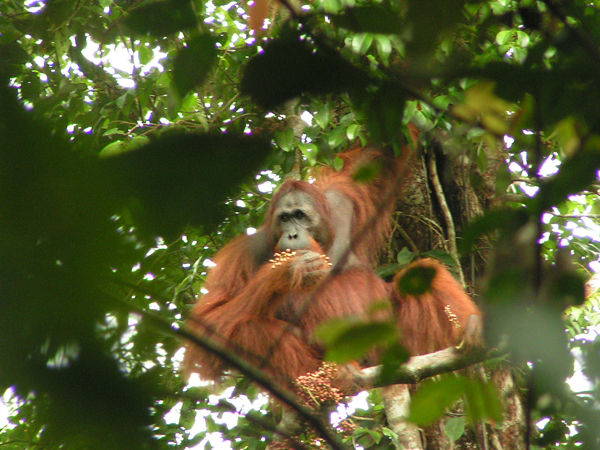 Innovation is a key component of most definitions of culture and intelligence. Because innovations can affect an individuals’ fitness, they are thought to play an important role in a species’ ecology and evolution. In spite of this, innovation itself has rarely been examined either conceptually or empirically. Bottlenose dolphins (Tursiops sp.) from Shark Bay, Western Australia are the only known cetacean species for which extractive foraging involving tools and its cultural transmission (i.e. non-genetic but through social learning) has been established. We study the evolutionary and ecological mechanisms underlying the rise of material culture in cetaceans in particular, and their potential effects on the conservation of marine mammals in general. 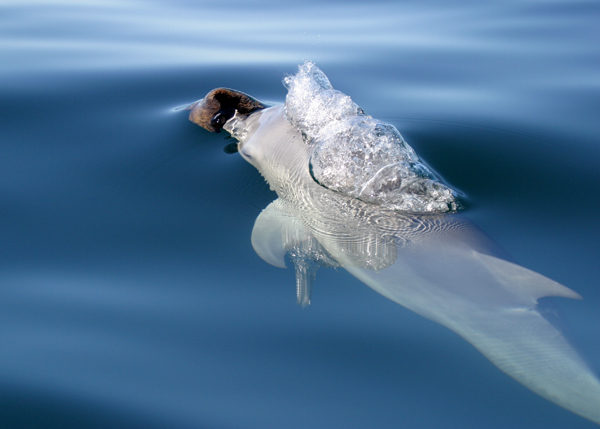 Working towards the resolution of the animal cultures debate is critical to understanding the trajectory of culture during human evolution: if it turns out that great apes use their imitative faculties almost exclusively for the regular, species-wide skills, then the few cases of unadulterated culture described for them are nice reminders of a capacity that has a much more limited scope than often assumed. Such a finding would, for instance, force us to rethink the status of the artefacts found among all hominins before Homo sapiens. If, on the other hand, culture is ubiquitous in orang-utans, it will give us a much better basis for developing a theoretical framework for cultural evolution, from which to address the question of the elaboration of these abilities in humans.

Genomics and evolutionary genetics of orang-utans 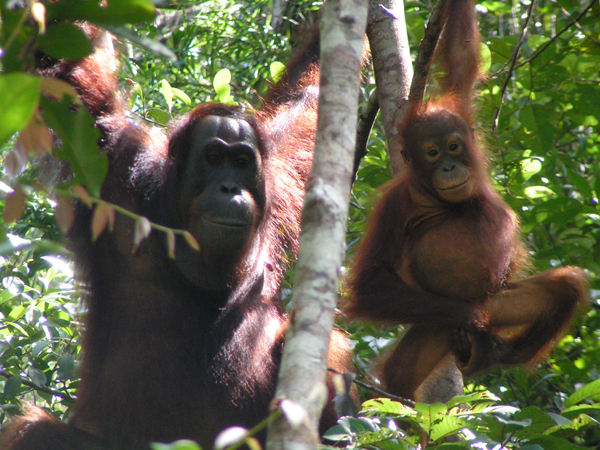 One of the major endeavors of biological anthropology is to understand how great apes have adapted to their environment over evolutionary time. Despite great efforts in the past, the underlying molecular mechanisms have remained elusive and empirical demonstrations of selection in natural populations have been difficult. In the era of comparative genomics, however, this question has become truly tractable. Among great apes, orangutans represent a unique model to study the genetic basis of adaptive evolution between and within species, as they show remarkable systematic geographic variation in traits such as brain size, fat storage ability, interbirth-intervals, male developmental arrest and social organization. Most of these systematic differences in orangutan traits are thought to be at least partially due to habitat differences, in particular temporal and spatial stability of food supply and perhaps also the abundance of large predators, i.e. tigers. Using a population genomics approach, our research aims to identify the genetic signatures of adaptive evolution in orangutans. To disentangle adaptive evolution from non-adaptive processes such as genetic drift, we are also integrating demographic modeling into our selection analyses.

Despite being one of our closest living relatives, relatively little is known about the evolutionary processes that shaped the current genetic makeup of extant orang-utans. We have been and are currently working on several projects that examine the phyolgeographic patterns and population genetics aspects of both species in Borneo and Sumtra. With our collaborators from both academic and non-governmental organisations, we established the largest currently existing collection of DNA samples from wild orang-utans. These samples are used to examine current and model past patterns of gene flow between populations, assess dispersal patterns, and to aid conservation decisions regarding the re-introduction of rehabilitant orang-utans.

Complex social relationships are thought to have been the major selective force favoring the evolution of large brains and enhanced cognition. Humans have the largest relative brain size and are considered to have no match among other species in the realm of social abilities. However, the largest brain/body size ratio outside of humans are found in dolphins whose social lives are relatively unexplored. The social complexity hypothesis predicts that we should find complex social relationships among delphinids. This prediction appears to be borne out in a population of Indo-Pacific bottlenose dolphins in Shark Bay, Western Australia. Here we find a hierarchical alliance system that appears to be more similar to the nested system of human male alliances than to alliances in non-human primates. If this comparison is upheld we have an extraordinary case of convergence that will be of great interdisciplinary interest.

However, gaps in our understanding of both proximate and ultimate causes of alliance formation in dolphins limit our ability investigate the comparison further. We require information on the evolutionary and ecological factors that shape dolphin alliance tactics as well as how dolphin alliance relationships are maintained and contested via social interactions and communication - topics that have been well studied in primate societies. We are in a unique position to address these deficiencies in the dolphin research with our study system of over 170 adult males that associate in over 20 2nd order alliances.